I’ve been running paid traffic and training business owners on Facebook ads for years. And I never planned to go public with any of this.

No one wants to attack their own industry. No business owner wants to “bite the hand that feeds them.” But this level of corruption is wrecking people’s lives. Good people’s lives. And it’s time you heard the truth from someone on the inside.

I n September, I stood in front of an auditorium of business owners at a digital marketing conference, and asked them to stand if they’d ever run Facebook ads before.

It’s a badge of honour in this industry, where Facebook ads are touted as the be-all-end-all of business growth. A magic formula for success.

Then I dropped my next instruction:

“Stay standing…if those ads were successful.”

Almost every single person in the room looked around, stared at the ground, and finally sat down. Then, as if on cue, the entire room erupted into nervous laughter.

And these weren’t newbie business owners.

These were the same people hiring pricey mentors, investing 5-figures on Facebook advertising and funnel building training programs, and shelling out cash for elite agencies—all the while turning around and training you on ‘how they did it'.

I wish their answers surprised me

Unfortunately, this paid traffic market correction has been coming for a while. And it won’t be a behind-the-scenes secret for much longer.

How do I know this?

See I’ve been running ads for half a decade now. I’ve personally served 97M+ ad impressions, managed $1,346,960 in ad spend, and generated over $10 million in revenue.

The beauty of observing an entire industry from the inside is that you see trends that others don’t. As a result, I have access to more insight, spreadsheets, and data than most coaches, consultants, and course creators know what to do with.

When I ran a Facebook advertising agency, this made us bulletproof.

As a human, it scares the bejeezus out of me.

‘Cause the data is telling a story about what’s about to happen (and already happening in some instances)…and it isn’t a pretty one.

how they'd done everything right…

After my informal poll at September’s conference, the magnitude of the situation hit me. Hard. Armed with this awareness, I set out to navigate the frontlines of the market evolution to follow.

It started with conversations. Reaching out to influencers and ‘launch giants’ to confirm what the numbers had been telling me all along.

Then, prompted by a closed-door conversation about the “dark underbelly” of the digital marketing world, I posed a bold question to my Facebook Page community. A question asking if anyone would be willing to open up about the behind-the-scenes of their business…

The response floored me.

And made me helllla ANGRY.

They told me how they’d done everything right!

From following their mentors’ blueprint, to implementing the proven funnel templates and scripts, down to hiring the “best of the best”.

Sharing how they’d liquidated their investments, planned to remortgage their house, drained their life savings, or lost an entire year’s worth of profit.

All for, well… nothing. 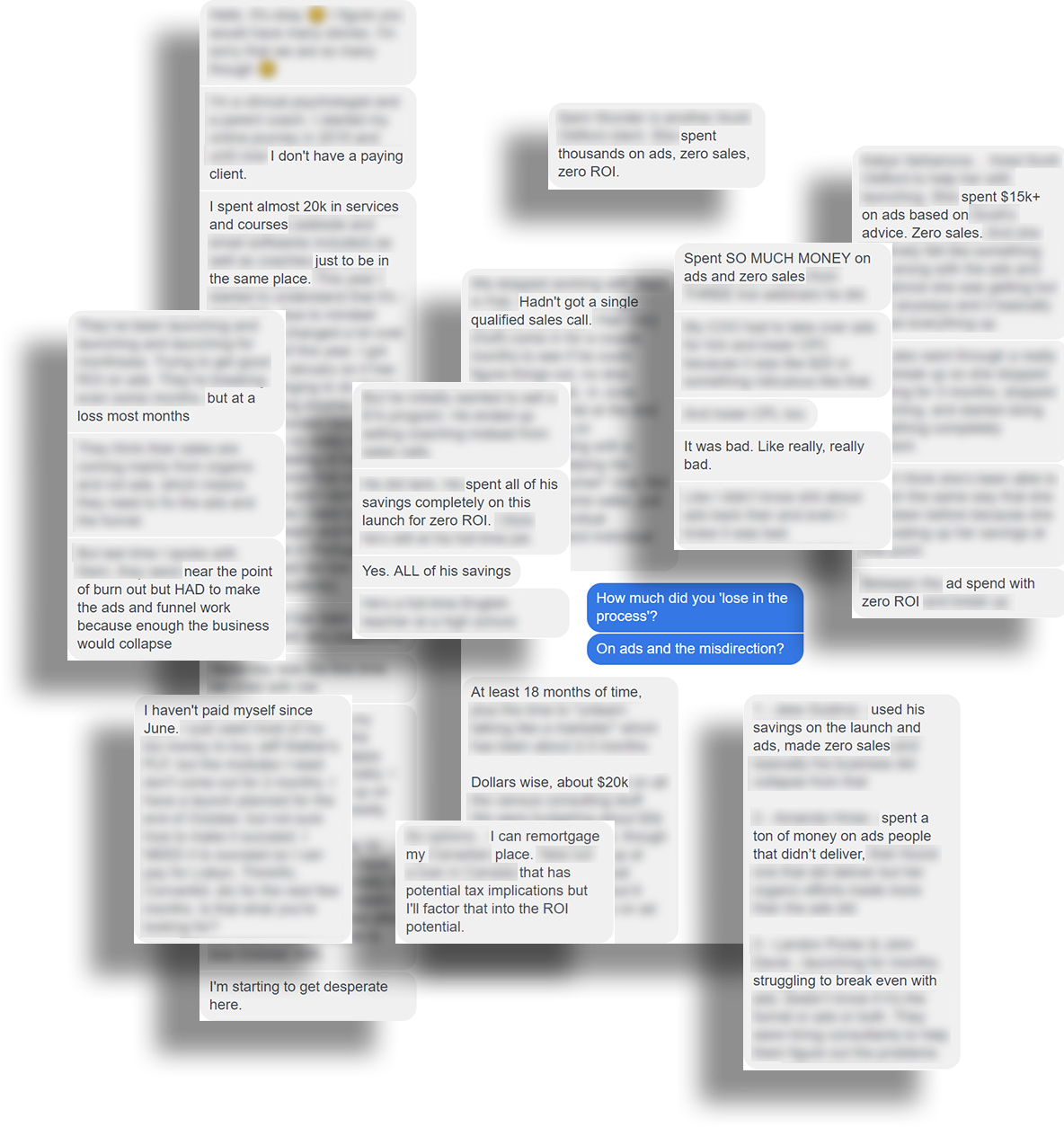 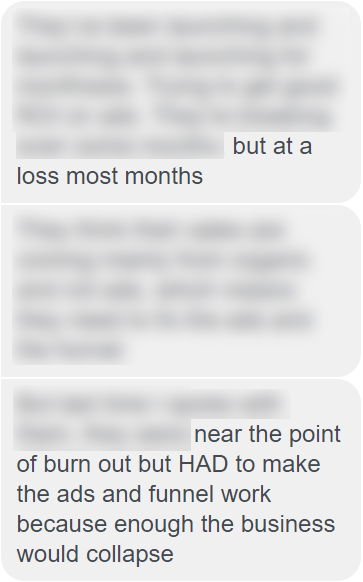 This is an EPIDEMIC, and it’s time for this B.S. to STOP — but this isn’t just a #BondRant.

You're about to learn why Facebook ads aren’t working, and how you can bulletproof your business against this market correction (or, * sigh * do nothing as you watch yourself get priced out of the paid traffic game).

First, we need a solid dose of context.

‘Cause there’s ONE THING at the core of this mess, and I’m done pretending that it’s not a problem.

I’ve been featured in these publications… no biggy.